Assure Programs are an EAP (Employee Assistance Program) provider with branches around the country, employing over 60 full-time staff and thousands of on-call psychologists.

Founded in 1991, they are leaders in their field, providing EPA services to some of the largest enterprise corporations in Australia.

Assure hired me as a UX Designer/Frontend Developer to work with their head of Customer Experience to realise a complete digital transformation, and develop a web app based on their key print collateral.

The web application was part of the redevelopment of Assure's existing, and extremely outdated, website.

A focal piece of that redevelopment was a key print document that Assure had been using as a kind triage device. The goal was to create an interactive digital version of the document that managers could use for a quick initial assessment of their staff, and then be pointed in the right direct for further help.

The end product was a series of multi-choice questionnaires that helped managers zero in on the probable cause of their staff's problems. This resulted in a much more streamlined process for those seeking assistance from Assure's trained psychologists. 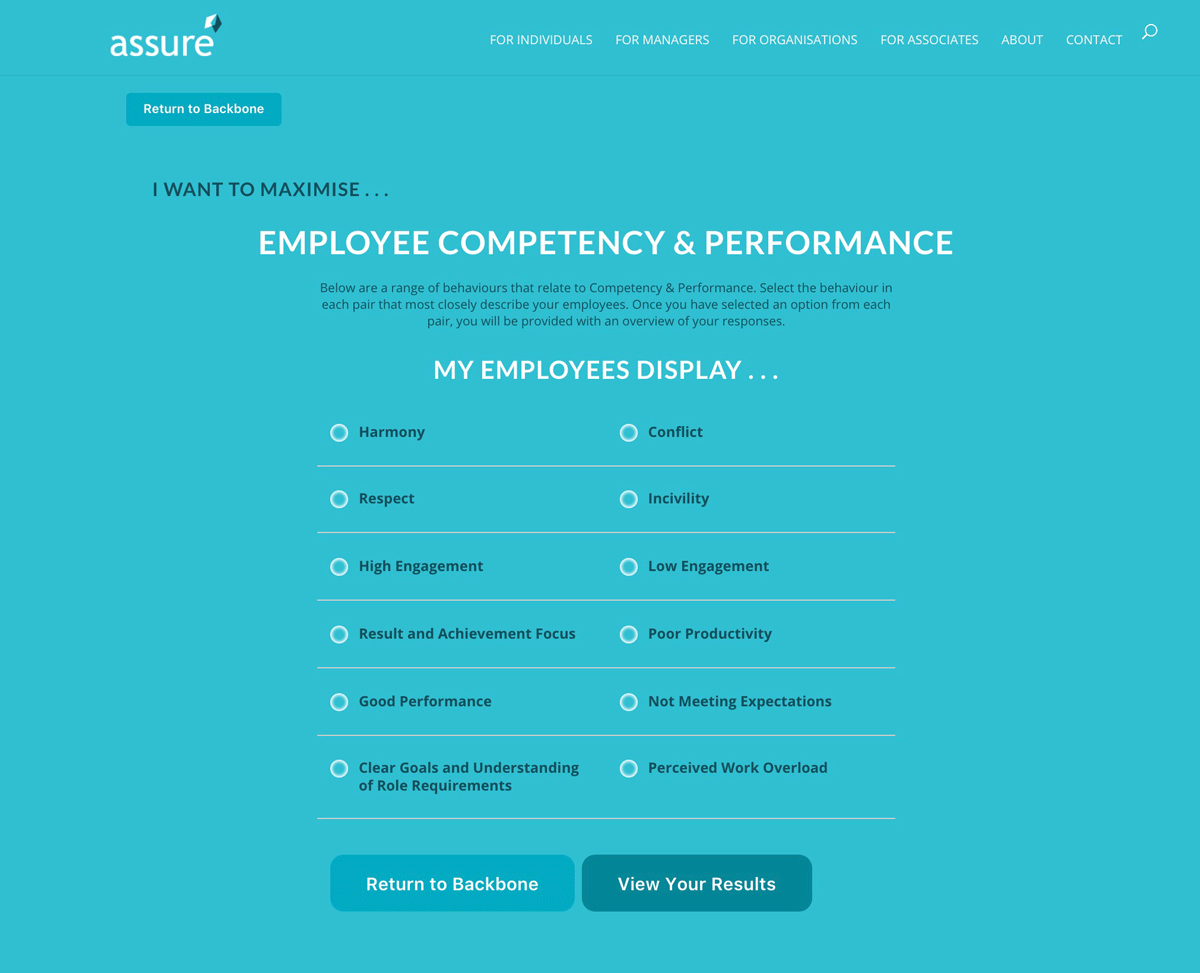 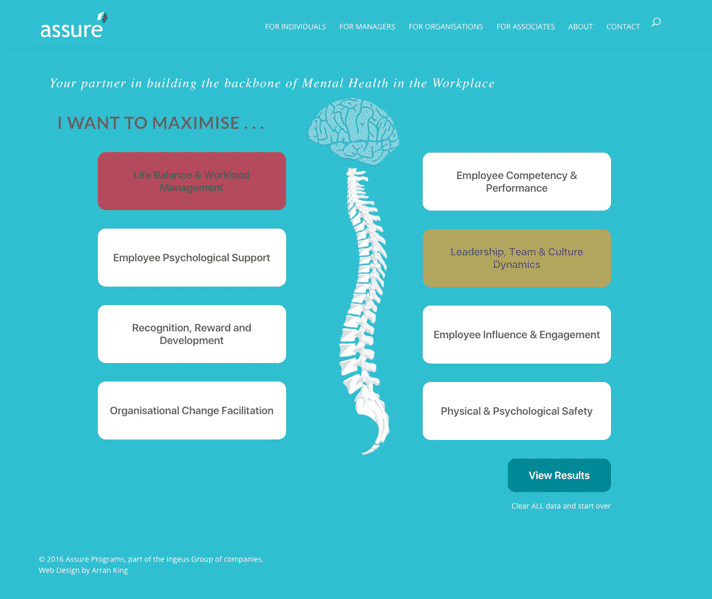 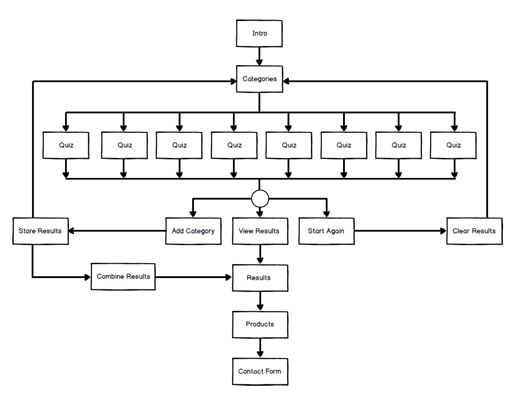 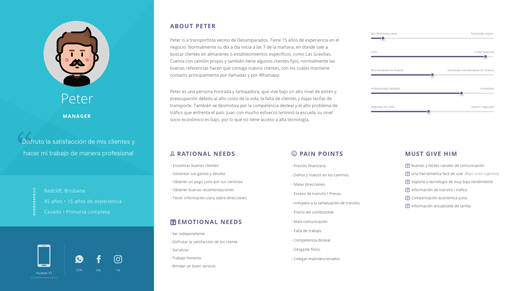 The customer strategy goals were clearly established and I had already created multiple personas during the development of the Assure website. But, for this part of the project, we were targeting just one of those personas - the Manager.

Interviews with internal stakeholders (psychologists and support staff), and with customers (managers), combined with an in-depth analysis of the print version of the backbone, provided the needed data to fully define the user journey.

This was a particularly challenging project as there was a fine line between providing a usable, value product to the customer, and restricting the information and directing the customer as per the psychologists' IA specifications.

Despite this, within a few weeks we were testing early prototypes with our selected target customers.

Following the standard Lean UX process, the iterative prototypes lead to the final(?) product, and the project went live with the launch of the revamped website. 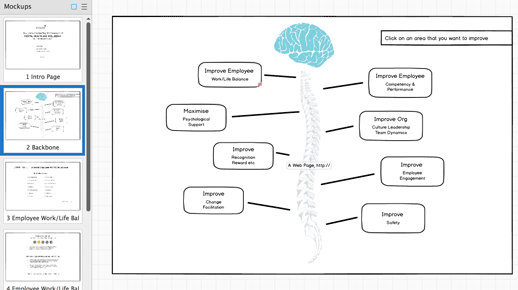 The concept for this app was that it act as a kind of triage to help streamline the engagement between the staff managers in Assure's client organisations, and Assure's support staff and psychologists.

As with all projects, the final product went through multiple iterations before the published version hit the net. For example; the original concept was that the app should have a more organic feel, in keeping with its name and purpose. But unfortunately, technical, time and budget constraints meant the early prototypes reflecting this style of design were scrapped.

Some of the design decisions (and their guiding principles), for the app are listed below:

1Minimal, easy to read text (Aesthetics/Readability)- not easy given some of the words the psychologists wanted to include. Clear instructions and plenty of white space.

5Colour to indicate what sections a user has already completed with combined feedback as to the result of that input (Use status mechanisms to keep users aware and informed).

6A "Clear all data" button in case users want to start over or are worried about information being retained (Make Actions reversible).

7Where possible, the interface was kept to a single screen - above the fold (on typical users' monitors).

8(Protect Users’ Work) Users were given the ability to print or download a PDF of their results.

9(KISS) The initial design of five faces to display the results, was reduced to three: Bad - OK - Good.

10(Discoverability/KISS) Some ancillary information was initially hidden but could be easily accessed by clicking a "Read more" button.

10The same colours, fonts, layout were used throughout the entire app (Consistency).

Part of the mandate for the website, and by extension the web app, was to have it look as much as possible like a mobile app when viewed on a mobile, even though it was only html product, this was largely achieved.

Callie's unsolicited feedback confirms the success of my efforts for the project:

"I just wanted to say a massive thank you for all of your work and delivery over the past 6 months. What a journey! Thank you so much, the fact that the feedback was how easy the front and back ends are and the positive feedback we have received already from customers and staff, is testament to your efforts." 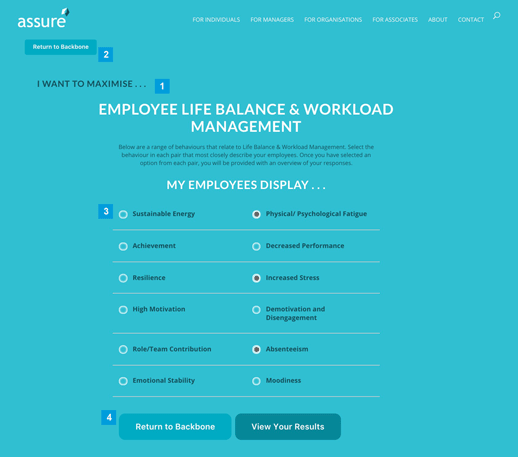 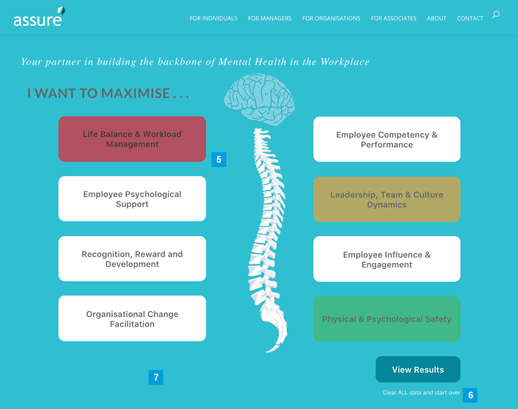 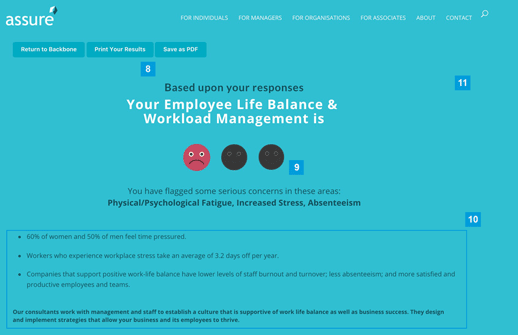 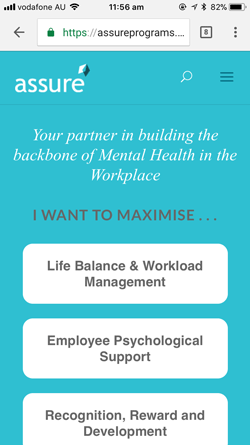 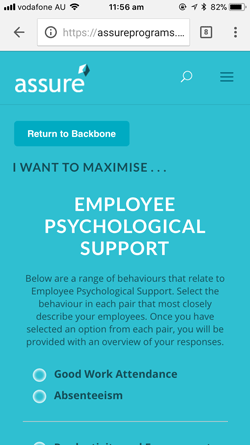